Leadership: The Confidence to Push On 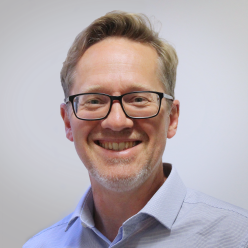 When I was about 8 years old I got my first 'real' bike. I recall it being a predominantly green colour, with a mish-mash of parts from other bikes possibly handed down by my 2 older step-brothers. It wasn't my birthday, I somehow just sort of inherited this rather nondescript, un-safety-checked, but functional bike. 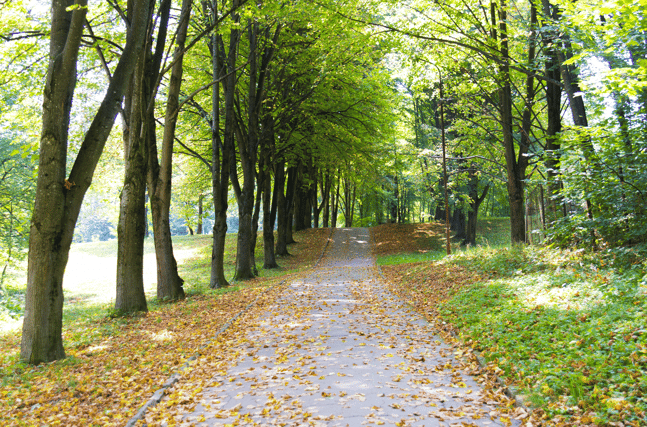 It was a hazy Saturday afternoon in late summer, and a few of the boys in the road were scooting about on their bikes. A couple of them decided to head to the only shop in the village, a newsagent, about half a mile away. This was a perfect opportunity to test out my new wheels. We sped off out of the close and down the lane, past 'the rec' and the big houses. I peddled hard to keep up with the main group who were just ahead of me. The long grass along the narrow roadside began zipping past. I was picking up some serious pace as we moved on to the little downhill section approaching the shop. My legs were now spinning fast, really, really fast.

An attempt to regain control

Back then, gears levers weren't located on the handlebars like they are on modern bikes, but on the downtube. I took my eyes off the road ahead to locate them and wondered if I dare take my hands off the bars to change gear, a move which would allow my legs to move at a more sensible rate. It quickly dawned on me that I wasn't really in control of the bike. I was tanking down a hill, hanging on to the bars of a vehicle I hadn't got to know one little bit. Panic hit me, so I decided to grab at something that might return a little control to the situation - the brakes! The next bit is rather blurry, but stay with me...

The brakes, specifically the front brake, was a component of the bike that worked beautifully well. In fact, it was a showstopper. The show literally stopped the second I dabbed at the level! The bike halted almost instantly, but I didn't. In braking, I jettisoned myself neatly from the seat into the air in front of the bike. I've absolutely no idea how fast I was traveling pre-brake, but I'd managed to build enough speed to fire myself several metres down the road. I don't recall whether instinct kicked in and I placed my hands in front of me, but I did make significant contact with the sharp edge of a metal drain - with my forehead.

I sat up and made some attempt to compose myself having 'Gone for a spectacular Burton'. First on the scene was blood. Buckets of the stuff. I was in shock. Fortunately for me, there was a couple in a car not far behind who had seen what had happened. They quickly removed and wrapped my t-shirt around my head to stem the blood flow before bundling me into the back seat of their car to take me home.

I was greeted by my mum. She was a sister in a hospital ward at the time, but offered little in the way of consolation and promptly took me to A&E to be stitched up. Over the next few days my entire head ballooned. I'd severed an artery in the top of my forehead, hence the amount of blood. I recovered but the escapade left me with a pretty sizeable scar, which remains several decades later and serves to remind me of the accident.

So, to the point of me sharing this with you. 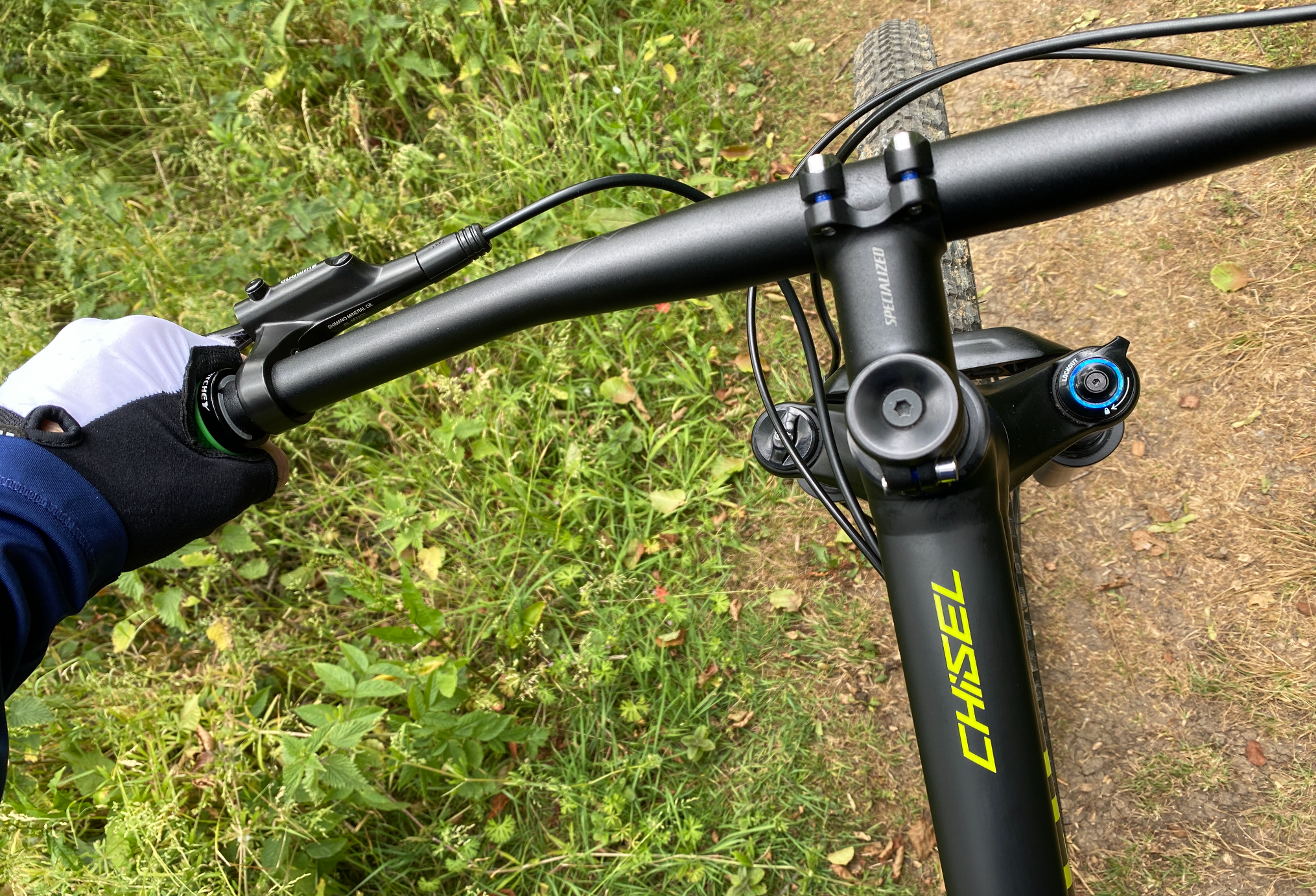 Leading a company is sometimes like riding a bike: it's tiring, it takes skill, you have to know where the controls are, and you have to have the right kit and supplies to see you through. I've been riding bikes - and falling off them - all my life. Whilst out on my mountain bike eating up country trails at the weekend, I was transported back to the drain moment. I played the scene out again in my head and compared it to what I was doing now, discovering that there were a couple of similarities:

On paper, I was completely unprepared as a rider in both situations to go out and ride at speed. But there were three crucial differences between then and now:

The combination of these three elements, when developed over time, create an incredibly valuable asset, and not just for cycling - confidence! 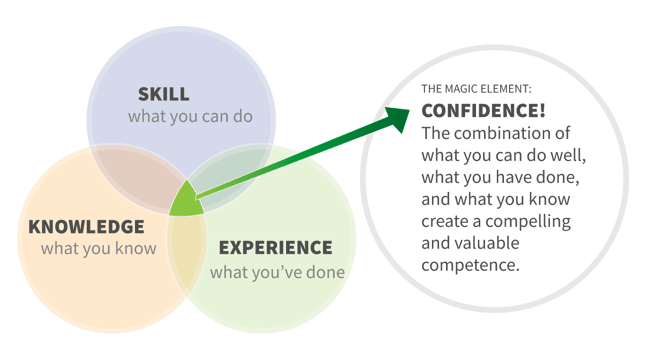 The confidence to ride it out

Confidence would have given me the means to simply ride out the hill. If I'd just sat tight, the road would have flattened and my speed would have dropped naturally when I hit the flat. I'd have been fine then. Or to it would have allowed me to remain cool in the fast-paced situation, and change gears. Or simply to stop spinning my legs round. Hindsight is a wonderful thing, eh?

Of course, in addition to confidence, I now have experience and ability. I know how the bike will respond as I approach and then exit a corner. I am prepared for roots, bumps, potholes and overhanging branches. I know how to soak up the knocks and move through set-backs on the journey - punctures, wrong-turns, fatigue.

The expectation placed on business leaders

It's a lot like this in business too at times. We're given the task of setting strategy, make decisions,  managing or controlling something, and the expectation is that we know how to make it work. This is especially true when you're in charge - along with vision it's a defining leadership characteristic. You know where the steering mechanism is, and you've seen the pedals before so you know how to get the thing moving, but you've never actually sat in the saddle and done it all at the same time.

Somehow, you crank the pedals, turn the handlebars, and pull into the road - now you're moving along! This is where it gets tricky - the size of the rider pack has a dynamic bearing on your riding style. Whether you're alone on a trail in the countryside, on a B-road with a few friends, or streaking along a major road amongst a peloton, your riding style needs to adapt to the surrounding elements.

Setting yourself and the team up for success

Then there's the terrain. Whilst the core skills remain the same, kitting yourself out for speed on the roads demands a completely different approach to heading out on muddy trails. There's no place for suspension and fat tyres on a criterium circuit in the same way you wouldn't take a bike that weighs less than 3 kilo's up a mountain. You need to prep yourself and your kit in order to function in the environment you find yourself. The way you bring yourself to the race and assemble the people or team around you will have a profound effect on your performance. 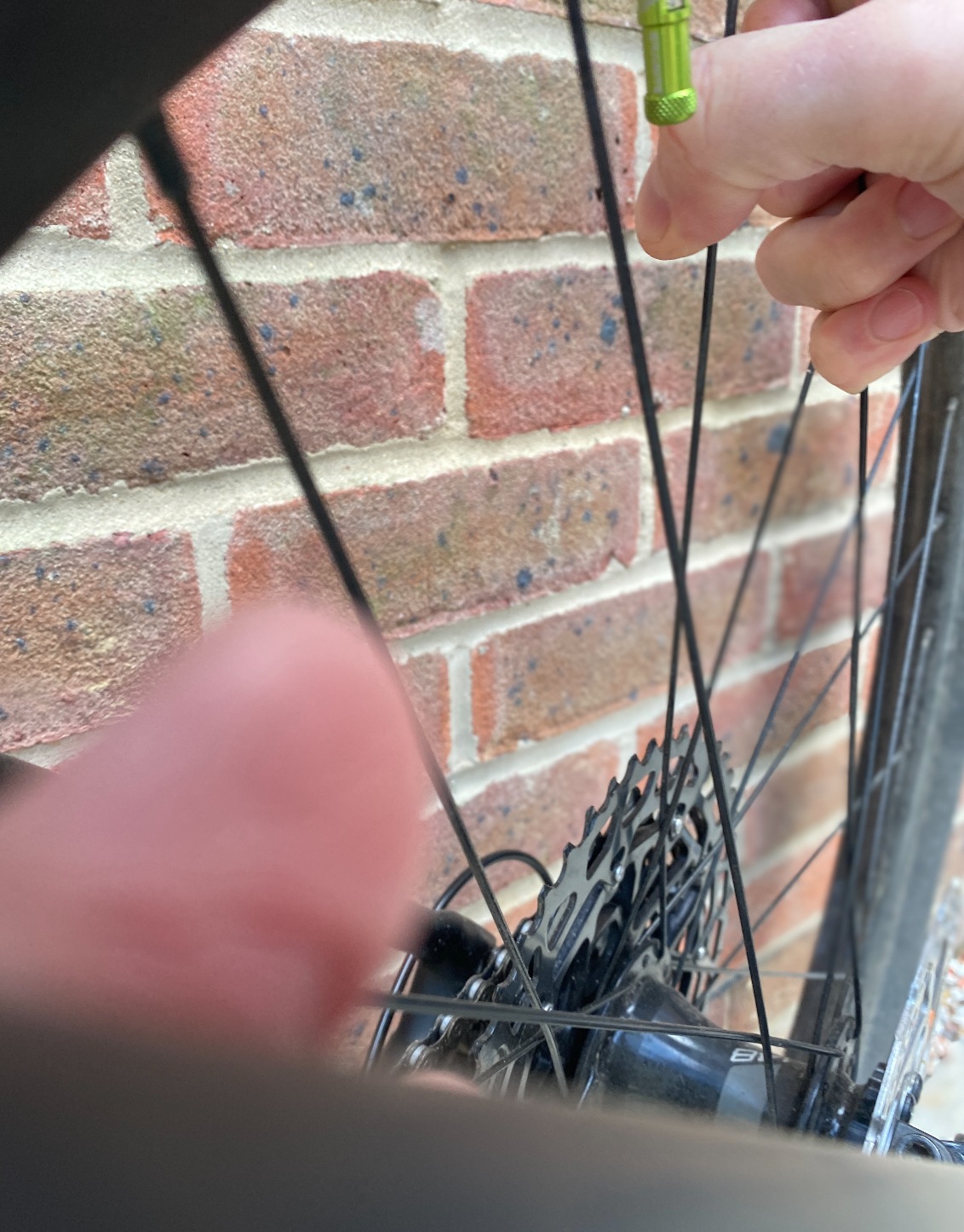 Plus, what happens when the weather changes? In business, forces act upon markets that push them into uncomfortable spaces. When this happens, decisions have to be made that have significant implications. On the bike, it might mean that a different route is selected, or you pause momentarily whilst the atmosphere settles. In business, as a leader, you may have to adopt some radical changes in order to survive the pressure being placed upon you.

Often, the need for making a decision is thrown at you at speed. Quick- and decisive-thinking is demanded of you. Like making a left or right turn, the way you react - the decision you make in that moment - can be critical. The ability to make the right decision at the right time stems from a blend of experience, confidence that you can get from A to B, and the skillset control the team and to navigate the course.

I still fall off my bike, but I've been practicing it all my life. In fact, I'd say I'm actually pretty good at falling off. I know which bits of the bike to avoid, which parts of my body are best suited to impact, and where to avoid landing when the inevitable happens. I didn't have this wisdom when I was 8 and brimming with gung-ho enthusiasm.

Leading is a skill...

can you stay upright?

Sometimes, leadership means getting back on the bike, staying on and pushing forwards. Even when the going gets really tough, maintaining sufficient momentum to stay upright is enough. Other times, you need the pace, and occasionally, you need to slow right up to avoid injury.

This article compares the art of staying on the bike to leading a team, and looks at how confidence, experience and skill play a major role in keeping your organisation moving in the right direction.